The Autobiography of Thomas Platter

A schoolmaster of the sixteenth century. Von: Thomas Platter 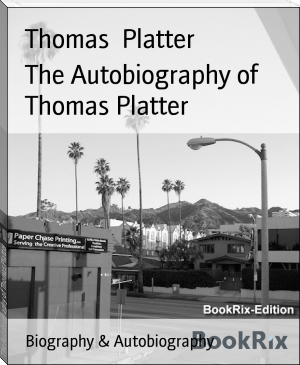 Thomas Platter (the Elder) was a master of several languages, knowing Latin, Greek, and Hebrew, among others. He grew up in poverty and, as a student, made a prolonged tour through Germany. After his return he first lived in Zürich, where he was an assistant to reformator Huldrych Zwingli. In 1531 he was an eye-witness of the Battle of Kappel, when Huldrych Zwingli was killed. Considering the political situation in Zürich after this war, he left for Basel, together with his paternal friend and mentor, the Protestant theologian Oswald Myconius. In Basel he earned himself a reputation as an early teacher of ancient languages and humanist studies. Together with Johannes Oporinus and Ruprecht Winter he led a printing house and published a large variety of classical editions.

His autobiography mostly deals with his youth and the history of how he became a well-known humanist scholar. It was read by Johann Wolfgang von Goethe, and is one of the finest examples of the German autobiography of this time.