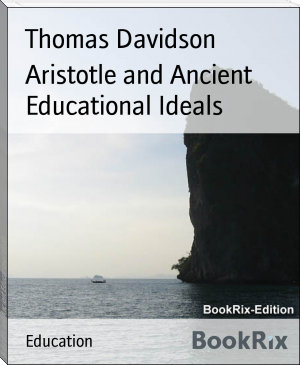 Thomas Davidson (25 October 1840, Old Deer – 14 September 1900, Montreal) was a Scottish-American philosopher and lecturer.
Davidson was born of Presbyterian parents at Old Deer, near Aberdeen. After graduating from Aberdeen University (1860) as first graduate and Greek prizeman, he held the position of rector of the grammar school of Old Aberdeen (1860–1863). From 1863 until 1866, he was master in several English schools, spending his vacations on the continent. In 1866 he moved to Canada, to occupy a place in the London Collegiate Institute. In the following year, he came to the United States, and, after spending some months in Boston, moved to St. Louis, where, in addition to work on the New York Round Table and the Western Educational Monthly, he was classical master in the St. Louis high school, and subsequently principal of one of the branch high schools.