The Winning of the West, Volume Three

The Founding of the Trans-Alleghany Commonwealths, 1784-1790 Von: Theodore Roosevelt 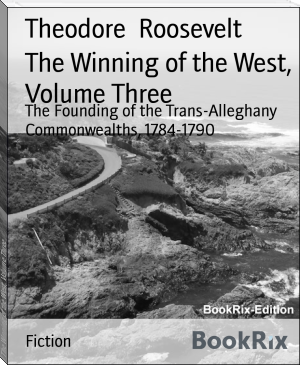 Theodore Roosevelt Jr. (/ˈroʊzəvɛlt/ roh-zə-velt;[a] October 27, 1858 – January 6, 1919), often referred to by his initials TR, was an American statesman, author, explorer, soldier, naturalist, and historian who served as the 26th President of the United States. A leader of the Republican Party, he was the spokesman for theProgressive Era. A sickly child whose asthma was debilitating and nearly fatal, Roosevelt regained his vigor, and embraced a strenuous life.