The History Of Rome, V1 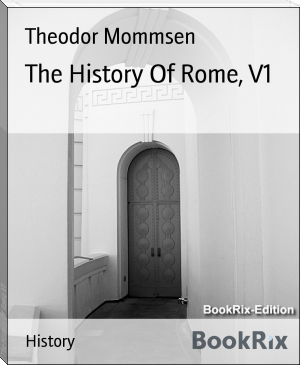 The History of Rome (German: Römische Geschichte) is a multi-volume history of ancient Rome written by Theodor Mommsen (1817–1903). Originally published by Reimer & Hirsel, Leipzig, as three volumes during 1854-1856, the work dealt with the Roman Republic. A subsequent book was issued which concerned the provinces of the Roman Empire. Recently published was a further book on the Empire, reconstructed from lecture notes. The initial three volumes won widespread acclaim upon publication; indeed, "The Roman History made Mommsen famous in a day."[1] Still read and qualifiedly cited, it is the prolific Mommsen's most well-known work. The work was specifically cited when Mommsen was awarded the Nobel Prize.[2]