The History Of Rome, Book V 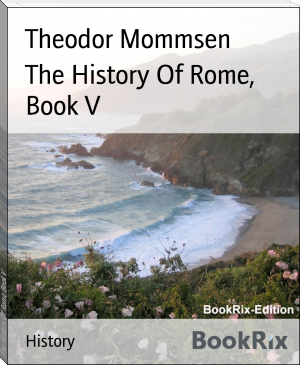 When Sulla died in the year 676, the oligarchy which he had restored ruled with absolute sway over the Roman state; but, as it had been established by force, it still needed force to maintain its ground against its numerous secret and open foes. It was opposed not by any single party with objects clearly expressed and under leaders distinctly acknowledged, but by a mass of multifarious elements, ranging themselves doubtless under the general name of the popular party, but in reality opposing the Sullan organization of the commonwealth on very various grounds and with very different designs.