The History Of Rome, Book V

The Establishment Of the Military Monarchy Von: Theodor Mommsen 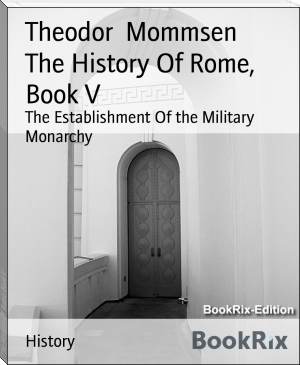 Christian Matthias Theodor Mommsen (30 November 1817 – 1 November 1903) was a German classical scholar, historian, jurist, journalist, politician, archaeologist[1] and writer generally regarded as one of the greatest classicists of the 19th century. His work regarding Roman history is still of fundamental importance for contemporary research. He received the Nobel Prize in Literature in 1902 for being "the greatest living master of the art of historical writing, with special reference to his monumental work, A History of Rome."[2] He was also a prominent German politician, as a member of the Prussian and German parliaments. His works on Roman law and on the law of obligations had a significant impact on the German civil code (BGB).