The History Of Rome, Book IV 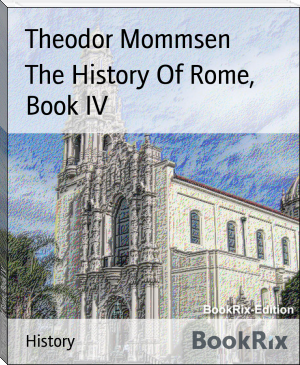 With the abolition of the Macedonian monarchy the supremacy of Rome not only became an established fact from the Pillars of Hercules to the mouths of the Nile and the Orontes, but, as if it were the final decree of fate, it weighed on the nations with all the pressure of an inevitable necessity, and seemed to leave them merely the choice of perishing in hopeless resistance or in hopeless endurance. If history were not entitled to insist that the earnest reader should accompany her through good and evil days, through landscapes of winter as well as of spring, the historian might be tempted to shun the cheerless task of tracing the manifold and yet monotonous turns of this struggle between superior power and utter weakness, both in the Spanish provinces already annexed to the Roman empire and in the African, Hellenic, and Asiatic territories which were still treated as clients of Rome.