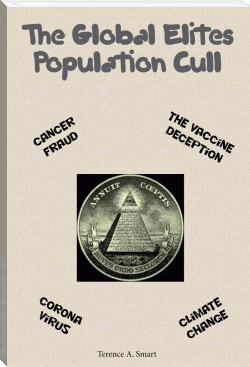 The Global Elites plan is to reduce the global population by 4 billion (some say to 500 million) people before the year 2050.  The amazing thing about the Illuminati is that they place all their terrible plans right out in the open for everyone to see, because this de-population agenda was laid out in the Global 2000 report assembled by President Carter’s administration in the late 1970’s.

You see we are a bit of a pain to the Elite because the resources of the Earth are quickly being depleted by the consumers of the Earth, (that’s us) and we are multiplying at alarming rates. So they decided quite some time ago that they are going to do something about us ‘useless eaters’ as Rothschild stooge Henry Kissinger calls us.

All the above poison and weaken the immune system which leaves the body open to disease (i.e. cancer) and death as you will now read in the pages in this book.

The Global Elite have then used its stranglehold on the Food and Drugs Administration, American Medical Association and the Pharmaceutical companies to suppress any cures for cancer that would remove the profits from their chemotherapy and radiation poisoning.

“One of our primary goals has been to put an end to population growth. Moreover, we had to decrease world population numbers dramatically. In order to do this, we needed methods that could kill large numbers of people in a very short time. We have financed top-secret research projects for the production of deadly viruses. Some experiments have failed but others have yielded results.”  Signore Massini, Freemason, Bilderberg Group.