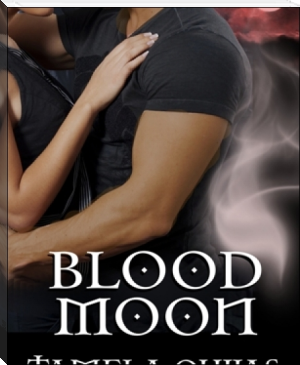 I wrote torrid historical romances for a living.
I’d be the first to admit writing was my love. Through the pages of a novel, I could live in a realm clouded by daydreams and fantasy. I preferred to exist in a world filled with imagination---where life ended with that eternal Happily Ever After.
Reality didn't prepare me for the horror I witnessed on a cold September night.
He had died in my arms, the victim of a vicious and brutal crime.
I would never forget his gasping words or the molten gold of his eyes. He held my hand in his icy touch as that final gasp of breath escaped his lips.
Haunted, I left the city soon afterward, tormented by his handsome image.
I had been with him when he died.
Then, why, was he on my doorstep?

are you planning on adding more and if so please keep me filled in :)

Above the screen where you view the book (and the page numbers are listed), there's a little magnifying glass. Does that help?