"Everybody has a hero inside of them." Von: Tai Goodman 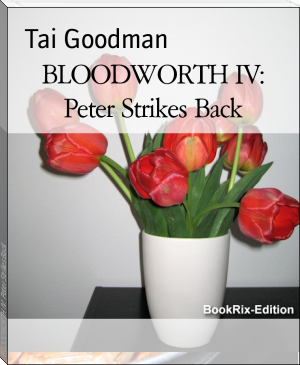 A year after the events of Bloodworth III, in 1946, Phoenix Leopard is held inside of a liquid-metal statue. His college friend, Peter Shkeppaltiger, decides to grab a metal baseball bat and head to Montana to save him. But way before that, Peter has to tackle some personal problems, like clear his name from the Kommandant assigned to Neu Orleans, and etc. Will he achieve his goal and return with Phoenix alive?

The book is on a similar but different storyline as it is being told by Phoenix's friend, Peter. There's enough wisecracks, violent attacks, and 4th wall breaks for everybody reading.

Nazis are going to get a smack, because Peter's striking back!

I really love this seiries and i hope you make another one even though its been over a year it is a enjoble seiries.