As I Knew Him Von: T. De Witt Talmage 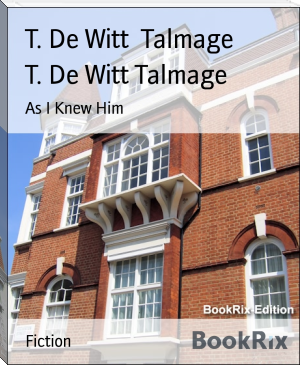 Reverend Dr. Thomas De Witt Talmage (7 January 1832 – 12 April 1902) was a preacher, clergyman and divine in the United States who held pastorates in the Reformed Church in America and Presbyterian Church. He was one of the most prominent religious leaders in the United States during the mid- to late-19th century, equaled as a pulpit orator perhaps only by Henry Ward Beecher. He also preached to crowds in England. During the 1860s and 70s, Talmage was a well-known reformer in New York City and was often involved in crusades against vice and crime.