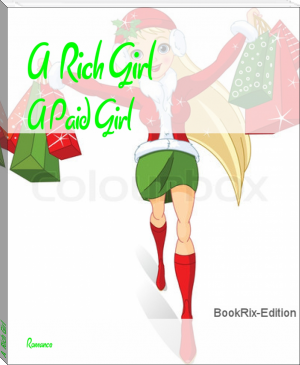 “Definitely not your fault,” I shook my head. “When, where, who and why?”

“Tomorrow night at seven at my uncle’s estate. Family reunion. Sexual orientation will be questioned again if I fail to come

“Definitely not your fault,” I shook my head. “When, where, who and why?”

“Tomorrow night at seven at my uncle’s estate. Family reunion. Sexual orientation he asked hopefully, large chocolate brown eyes pleading with me. will be questioned again if I fail to come without a date,” Scott had a pained expression on his face. “I’ll pick you up at your dorm.
I tried not to laugh. I was two years older than Scott who, by the way, was not gay. He was just too shy to actually talk to girls and I was the only exception because he’d seen me as a business deal in the beginning. He was one of the few that actually stuck around to become friends with me.

“Aw, Scottie,” I gushed, ruffling his hair and earning myself a flat look. “You know I’ll do anything for you baby,” I cooed, making him go red. He was so adorable; if he wasn’t too good for me, I’d keep him and screw the money.

“Thanks, Shawna,” he muttered, whirling around and walking away with his hands jammed into his jeans. Like I said: adorable.

But the next moment I sighed, feeling the familiar tears prick my eyes. Sometimes I really hated myself.

I knew exactly how tomorrow would play out: when I got back to my dorm after classes I’d cram in some information into my brain before starting to get ready at five. I’d choose something pretty and flattering, but not too flashy; Scott had a decent family. I’d put on some make-up, pin up my hair, but I’d ditch the heels, I mused. Scott and I were nearly the same height and it would look awkward if I towered over him. In my mind, I picked out the flats that would go with the sheeny purple dress.

Then Scott would arrive at six, probably with an exotic flower he never forgot to bring me. We’d laugh and talk in his car, with Scott getting steadily more nervous the closer we got to his family, despite the fact that we’d both done the process before.

He’d walk me in, be greeted by an overwhelming number of relatives before they’d play Noah’s Ark and each of them greet, squeeze and kiss us two by two. Scott would probably get patted on the head more than once during dinner while his thrice-removed cousins would openly hit on him. Maybe we’d share a laugh over it.

I’d be sweet and charming, the adorable girl that the mothers wanted for a daughter-in-law and that fathers wanted to control their sons. Then, after more promises to visit soon that neither of us meant unless it could be humanly avoided, we’d leave and Scott would pay me.

I sighed again, blinking fast. This was so humiliating, but it paid well. And the benefits were always amazing – dinner or some prestigious event with incessant male attention nearly every evening and at every holiday. I just wished the attention wasn’t fake. That the kisses were real. That the arm around my waist would send thrills down my spine and the secretive smiles we exchanged meant more than I can’t wait till this is over.

Looking around I realized that I was alone in the enormous auditorium. I walked outside past the bulletin boards advertising used textbooks, a good time, job applications, more good times with less than good girls, and of course, there was his name.

I shook my head, not even bothering to come up and read all the comments underneath it. Adam Ferrell’s name was covered in hearts, lipsticked kisses, and I could only imagine the things written underneath it, having read several of these posts before. His name and picture were all over the school.

I jizzed my pants when I saw his name.

And then there was my personal favourite, Oh my god Adam, PLEASE EAT ME!

It stopped being funny after I tried finding a spot to put up Wildlife Fund posters and got them torn down because it covered his name. Now I had a personal vendetta against the guy. But honest to hell, there was no bare spot in this school that hadn’t been Adamized.

He was treated like a god. And he wasn’t even a celebrity or anything, just really good at sports with a really good body and a really sexy face. The infuriating thing was that he was a jerk, player and a heart-breaker.

I’d had the misfortune to run into him once. Literally. After making a humiliating comment about controlling myself in public around him, he’d shouldered past me and said loudly, “Sorry, babe, but you just don’t do it for me.”

Scowling at the memory and altogether feeling downright awful, I leaned back and karate-kicked the swinging door open.

I hit someone in the face.

“OW! Joseph, Mary, and sweet baby Jesus!” someone said in a muffled voice. They sounded furious. i had squeezed my eyes shut when I’d kicked, and now I kept them that way.

I heard footsteps approach and then a dangerously low voice sounded from right in front of me. “Look at me, dammit!”

I cracked a single eye open and then closed it again. “Oh, dear God.”

“Normally I’d ask what you wanted, but this isn’t normal,” Adam Ferrell bit out. He had a bruise forming underneath his left eye. It made his landscaped sculpted face look even more dangerous and hot, but I wasn’t all that happy to claim responsibility for his face modification.

“Whoops,” I said neutrally, staring at him like an idiot.

I levelled my gaze at him, not sorry anymore. “Nope.”

He looked at me in disbelief. “Are you a transfer student?”

Figured he wouldn’t remember. “Yep,” I nodded, playing dumb. “Where is toilet?”

But something was dawning on his expression and he pulled his phone out to check. He looked up and down from my face to his screen several times. His gaze hardened.

“Is this you?” he thrust his screen into my eyes. I found myself looking at the picture Joel had taken a couple hours ago.

“No,” I lied, enjoying his incensed expression. I never knew he had anger management issues, but boy did Adam need to calm down. I guess smashing the door on him hadn’t helped, but that was an honest mistake. Anyone could’ve done it.

Right, I told myself sarcastically. Because people walk around karate-kicking doors open.

“Yes it is you,” he persisted stubbornly.

“Fine,” I shrugged, “Your boyfriend cheated on you. Beat him up, not me.”

Adam closed his eyes for a moment and I heard him counting under his breath. I smirked and he caught it when his eyes flew open.

“Excuse me,” he began again, “But are you Shawna Roberts?” he asked me in an impressive attempt at politeness.

I narrowed my eyes. Oh, hell no. “Depends on what you want from her.”

For the first time that Adam and I had – well, not talked – I saw him smile and I finally understood the reason that so many girls were jumping off bridges for this guy

This is not for 8 years old babe