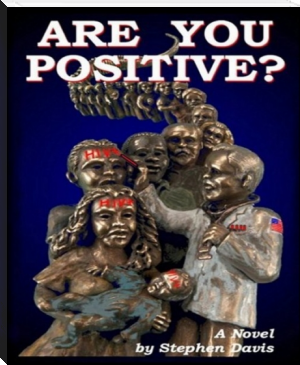 Ripped from the headlines of today's news, Are You Positive? is a fictitious courtroom drama in the style of John Grisham.

26-year-old Tyree Johnson stands accused of first degree murder in a prominent South Carolina courtroom. But his murder weapon is not a gun or a knife; in fact, there was no violent crime at all. His “victim,” Beth Ann Brooks, dated Tyree for a few months, and they made love more than once. However, Tyree Johnson had been diagnosed HIV-Positive, and the prosecution claims that Beth Ann Brooks was infected with HIV by Tyree and died some months later.

The defense, however, claims there is reasonable doubt that Tyree’s HIV diagnosis was wrong – that, according to numerous scientific studies, the so-called “HIV tests” are fraught with errors, and have been ever since their inventor, Dr. Robert Gallo, lied on his patent application. Furthermore, Tyree’s lawyer argues that there is no scientific evidence that HIV is transmitted by heterosexual intercourse, and that Tyree’s girlfriend died from taking lethal anti-retroviral drugs rather than from any HIV/AIDS-related illness.

Based on more than 500 actual scientific studies and references, the author claims that every word of sworn testimony is true and verifiable.

Are You Positive? raises serious questions about whether anyone has ever been properly diagnosed as HIV-Positive, and whether most AIDS victims are dying from the side-effects of the HIV medications prescribed by their doctors – all in a spell-binding novel.

You be the judge.