The Red Badge of Courage (Illustrated) 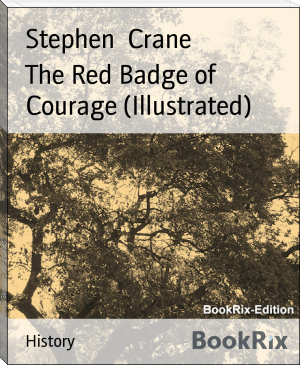 Stephen Crane's classic 1895 Civil War novel continues to be read, studied, and discussed, generation after generation. Its searing images of war, destruction, and fear endure in the collective American mind. This Fourth Edition of the Norton Critical Edition of The Red Badge of Courage is again based on the 1895 first edition, published by D. Appleton & Co., conservatively amended and accompanied by explanatory annotations. Crane's uncanceled but unpublished manuscript passages, including his discarded Chapter XII, are reprinted in the Textual Appendix.
"Backgrounds and Sources" contains biographical, historical, and contextual material on both Crane and The Red Badge of Courage, with much new material in the Fourth Edition bearing on the novel's Civil War context. Frederick C. Crews, Donald Pizer, Stephen Crane, Jay Martin, John Higham, Charles J. LaRocca, Harold R. Hungerford, Perry Lentz, Eric Solomon, and J. C. Levenson provide the framework for understanding the novel as both literature and history. A number of essays, sketches, and photographs give readers a glimpse of the battle of Chancellorsville, the real-life inspiration for the novel, and of the soldiers who fought it.

"Criticism" is a collection of fifteen essays (two new and one expanded in this edition) that represent the best of what has been written about The Red Badge of Courage, from the earliest assessments to current schools of critical interpretation. Contributors include Donald Pizer, Stephen Crane (in self-judgment), George Wyndham, Frank Norris, R. W. Stallman, John E. Hart, Charles C. Walcutt, John Fraser, James Nagel, Amy Kaplan, James M. Cox, James E. Curran, Jr., and James B. Colvert. A Chronologyand updated Selected Bibliography are also included.

In the spring of 1863, as he faces battle for the first time at Chancellorsville, Virginia, a young Union soldier matures to manhood and finds peace of mind as he comes to grips with his conflicting emotions about war.