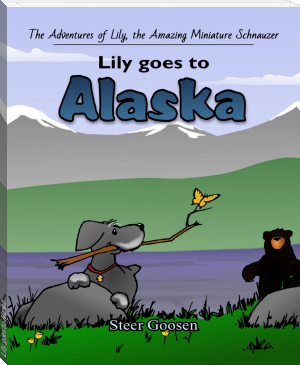 Lily was born in Merced, Northern California on February 3, 2013. She grew up in San Francisco as a companion dog for her Mom, who was not allowed to work while her Dad was studying. From San Francisco Lily traveled the world. Lily got her name from the song “Pictures of Lily” after her parents went to “The Who” concert in Las Vegas. In 2014 the family moved to Cape Town, South Africa where she had many more experiences. Lily is the only Schnauzer in the world who has walked a glacier in Alaska and climbed Table Mountain in South Africa. Lily developed granulomatous meningoencephalitis (GME), a brain disease, just after her first birthday. GME is a very dangerous sickness for dogs. Lily was extremely brave, and with the help of a great doctor and the love of her owners, she recovered from the disease and subsequent chemotherapy and cortisone treatments. She is now in remission and is back to being the same cute Schnauzer with a big heart and loads of personality that she was before her illness. This is Lily’s story