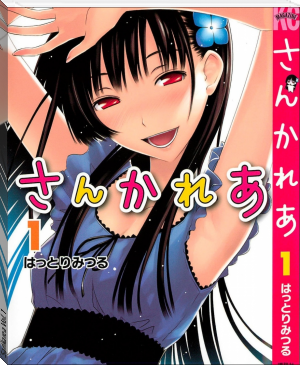 Sankarea (さんかれあ) is a romantic comedy manga written and illustrated by Mitsuru Hattori about a deceased girl who becomes a zombie. It is published in Japan by Kodansha. The manga has been serialized in Bessatsu Shōnen Magazine since December 2009, with six complete volumes released as of 8 June 2012. A television anime adaptation by Studio Deen aired in Japan from April 5, 2012 to June 28, 2012.