In that moment she saw her heart in his eyes and her soul in his smile and she knew that he was the one Von: Sophie J Brain 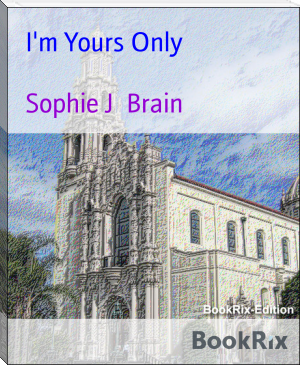 Chris Williams, a trainee teacher, has enough to worry with a heavy workload, the last thing he needs is any sort of distraction. Yet he finds himself attracted to Nicola Bennett, a sixth former in his training school and as much as he tries to deny himself he can't stay away. After she experiences an unfortunate experience the pair begin a secret relationship, however secrets manage to tear it apart. Four years later he sees her again but now she is engaged. Can he persuade her to forget the past and give their love another chance before it's too late?

Nicky Bennett has always been a firm romantic and when she meets Chris Williams she is certain that is her soul mate. They form a relationship in secret intending to reveal all once she has left school, but Chris has another secret that splits the pair up. She sees Chris again four years later and despite being engaged she finds herself drawn to him in a way she can't explain and she finds dissatisfaction in her life that wasn't there before. She urges to herself to give in to her romantic side but is too scared of getting hurt.

Will these lovers be able to mend the broken bridge between them and what will happen once all the secrets are out?

hiya, this book will soon be available in printed format as well as ebook via amazon :)

I loved the book it was so very good I will be marking as a favorite book to reread again and again.

If you wanted to have in print I am current in the stages of publishing it on Amazon.. where some of my other work is already published. xx

I have over 5,000 books right now from my late mom and don't know were to put then right now.