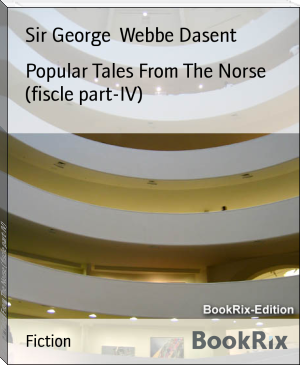 Sir George Webbe Dasent was a 19th century English writer. After college, in 1840, he was appointed to a diplomatic post in Stockholm, Sweden. Dasent became interested in Scandinavian literature and mythology. In 1859 he translated Popular Tales from the Norse by Peter Christen Asbj°rnsen and J°rgen Moe, including in it an "Introductory Essay on the Origin and Diffusion of Popular Tales." Some of the stories included are True and Untrue, Why the sea is salt, The old dame and her hen, East o' the sun, and west o' the moon, Boots who ate a match with the troll, Hacon Grizzlebeard Boots who made the princess say, 'that's a story', The twelve wild ducks, The giant who had no heart in his body, and The fox as herdsman