THE FIFTEEN DECISIVE BATTLES OF THE WORLD FROM MARATHON TO WATERLOO 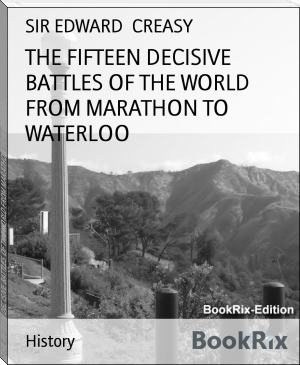 Sir Edward Shepherd Creasy (12 September 1812 – 17 January 1878) was an English historian and jurist.He was born in Bexley, England. He was educated at Eton College (where he won the Newcastle Scholarship in 1831) and King's College, Cambridge and called to the Bar in 1837. In 1840, he began teaching history at the University of London.