The Valley of Fear By Sir Arthur Conan Doyle 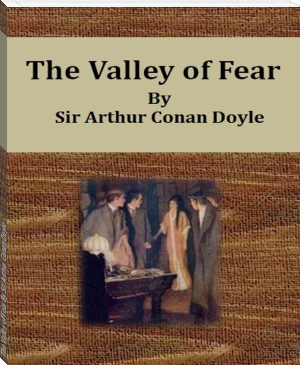 "I am inclined to think—" said I.
"I should do so," Sherlock Holmes remarked impatiently.
I believe that I am one of the most long-suffering of mortals; but I'll admit that I was annoyed at the sardonic interruption. "Really, Holmes," said I severely, "you are a little trying at times."
He was too much absorbed with his own thoughts to give any immediate answer to my remonstrance. He leaned upon his hand, with his untasted breakfast before him, and he stared at the slip of paper which he had just drawn from its envelope. Then he took the envelope itself, held it up to the light, and very carefully studied both the exterior and the flap.
"It is Porlock's writing," said he thoughtfully. "I can hardly doubt that it is Porlock's writing, though I have seen it only twice before. The Greek e with the peculiar top flourish is distinctive. But if it is Porlock, then it must be something of the very first importance."