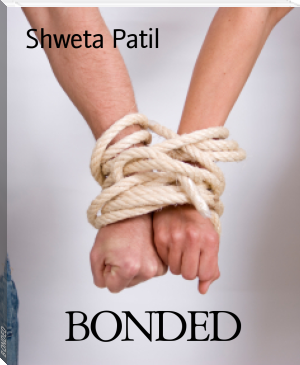 It started when she was 16, an ordinary girl living in pennsylvania. She was shy and incentive preferring her own company with a book in her hand in any secluded peaceful corner she could get.

Opposite of her was her best friend Jenna, She was bubbly and lively. Always out partying and dragging her whenever she could.

One day, There was a pool party at one of the richest guy in her school and every teenager was looking forward to it as there were almost a very few occasions this big in that small town and there was no doubt that her friend took her even if it meant she has to stick her with a glue to her back or pulling her with aleash tied to her neck for that matter.

As the day drag closer, she went with the inevitable. halfway through the party, a sharp pain hit her like a sledgehammer throughout her neurons. She held her head as all the surrounding blurred.

Isn't the headache starts after waking up the next day due to hangover or was it jumping on her now because it was her first time?

She made a mental note to never touch the booze again for future references and squinted her eyes to detect her friend from the enormous cloud as blackness tried to envelopes her in.

She has to get the heck out of here.

No one ever told her about the alcohol effect this worse.

Clutching the marble countertop behind her with her hand to keep from falling, She tried to keep her sanity. Relief washed her as her watery eyes landed on Jenna's horrified face as she registered her twisted expression with the agony coursing through her before falling to the ground.

Thought she heard a gasp escaping from around her.

Her mind was conjuring horrifying images and she thought this was the end of her suffering as Exaggerating as it sounds but if only she knew that from the second she got up there was a presence in her head which she would not get ride of for the rest of her life or would she?