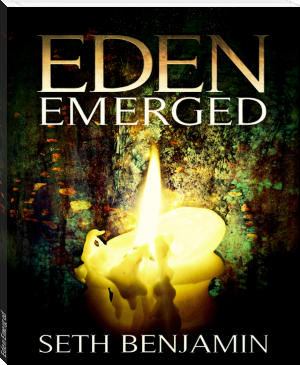 Following the death of his Father, Caleb travels to the United States to pick up his sister, Bree, to take her back to England for the reading of the will. Along the way, their plane malfunctions, forcing Caleb, Bree, and their pilot Milo, to abandon the plane.
Luckily, they land on an island and begin to work together to find a way off the island. They travel deeper into the jungle, attempting to find water, when they become ambushed by the island's strange inhabitants.
The three become separated and trapped in a war between three opposing forces, with the natives who aren't completely...human. Worse yet, they begin to develop strange powers, including incredible muscle memory and the ability to rapidly heal injuries. As a result, their captors believe them to be Gods, and drag them into their conflicts. Together, they must convince the inhabitants that they are immortal, and escape the island alive.

Just started reading Moonflies this morning. I can only say awesome! Great writing style, clear and descriptive. Love it! I can't wait to finish it.

Thank you for the heart kind stranger. I will try to update it consistently. There will be several changes as I go through, but I will try to keep track of them in the *edit* portion at the beginning of the book.