THE BARRIO OF BEVERLY HILLS 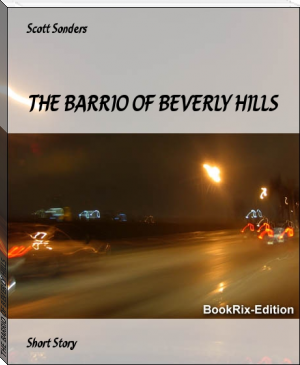 "The Barrio of Beverly Hills (excerpted from THE ORANGE MESSIAH) is a dazzling family saga set in the transformational period of the early 1970’s. The hippies, the Beatles, and Led Zeppelin were in their heyday. Movies like Jesus Christ Superstar and A Clockwork Orange were huge hits. Fifty thousand Americans had been lost in Viet Nam, and a Constitutional Amendment had been passed, banning discrimination against women based on their gender.

Against this backdrop, Ramona and Carlos Batista, half-Hispanic twins and their friend and lover, Jonah Cahn, are coming of age in Los Angeles. Their story is one of bloody murder and sizzling sex, riotous adventure and heart-wrenching tragedy. It is also a comical roadtrip where everyone “inhales” and one character almost gets drowned by a Spanish-speaking horse. This is in-your-face story telling, visceral yet sublimely poetic, a guaranteed “must read” for anyone who loves a good story.