A Description of Millenium Hall

And the Country Adjacent Together with the Characters of the Inhabitants and Such Historical Anecdotes and Reflections Von: Sarah Scott 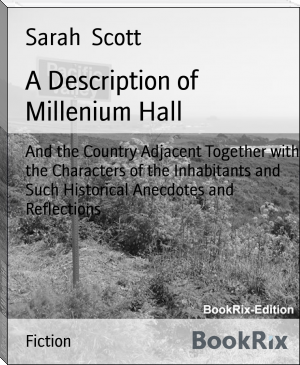 Sarah Scott (née Robinson) (21 September 1720 – 3 November 1795)[1] was an English novelist, translator, and social reformer. Her father, Matthew Robinson, and her mother, Elizabeth Robinson, were both from distinguished families, and Sarah was one of nine children who survived to adulthood. Although born in Yorkshire, Sarah and the other children spent a great deal of time in Cambridge, England and at Cambridge University. Although all but one of Sarah's brothers would go on to a highly accomplished career, the most important figure in her family life was her elder sister, Elizabeth (who would become Elizabeth Montagu). Throughout her life, Sarah was close to both of her sisters, but especially Elizabeth.