Lives Of Girls Who Became Famous 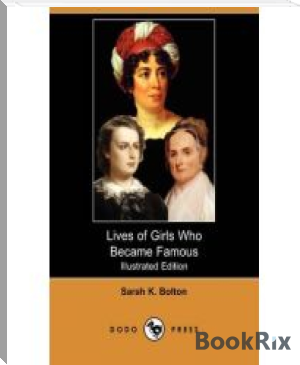 Sarah Knowles Bolton (September 15, 1841 – February 21, 1916) was an American writer.
She was born in Farmington, Connecticut, to parents John Segar Knowles and Mary Elizabeth Miller Knowles. At age 11 she met the writer Harriet Beecher Stowe. In 1866 she married Charles E. Bolton, a merchant and philanthropist. In 1872 her son, Charles Knowles Bolton was born.

She wrote extensively for the press, was one of the first corresponding secretaries of the Woman's national temperance union, was associate editor of the Boston "Congregationalist" (1878-81), and traveled for two years in Europe, studying profit-sharing, female higher education, and other social questions. Her writings encourage readers to improve the world about them through faith and hard work. She died in Cleveland, Ohio.