She Made For Me 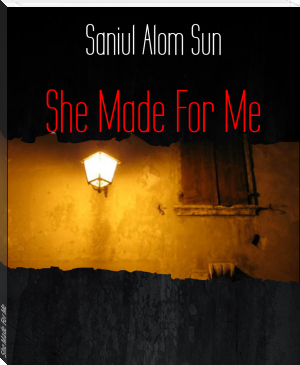 - There is no name for where he has been for so long.

- Went to the village house. Dad was sick to see.

- That's why you have to let me know Could you call once?

- I left suddenly. Going to work in the field, the phone fell - for which I could not contact.

As soon as the rider came, he grabbed Meherab by the hand and took him aside. Shuvro Ashfa was surprised. Limon Orin Kuhu came. Meherab is standing with his head bowed and fear is at work in his mind. Meherab said

- Please don't hit me. I am coming to varsity to get clearance. I will leave and never set foot on the tri-boundary of this varsity.

- You don't have to leave this varsity I'm really sorry. I made a mistake. I can't be forgiven.

Mehrab was shocked to hear such words from the rider. He looked up at the rider and said yes. There is water in the corner of the rider's eye Who is Mehrab looking at? How could he have changed so much that only violence could be seen in his eyes? The rider said again

- I know I have no forgiveness for this injustice. I can't forgive myself. Please forgive me.

- What are you saying? Why are you apologizing to a famous boy like me? In fact, I am alive with a pair of foreheads No need to apologize. People just make mistakes.

- You didn't forgive me.

Neha came and stood beside the rider

- Where have you been all this time? How much am I looking for? You have news.

Mehrab was surprised to hear about Neha. Said the rider

- What happened to you again? We study in the same class, you can tell him.

The heart came and grabbed Meherab

- Dude, I'm sorry Excuse me. I have done a great wrong to you Don't be angry. Sorry dude.

- Are you crazy? What can be angry at a friend.

- You're angry. Where have you been all this time?

- In the village house.

-When you're done. I have a talk with Meherab.

Everyone was surprised to hear the rider's words. A car entered the varsity. The rider grabbed Meherab's hand and got into the car. Mehrab got scared. Ashfa said to the rider

- I need him. Absolutely.

The car left the varsity. Kuhu said to Limon

- The poor man's forehead is burning.

- What does the climber want to do? I searched like crazy for so long and took it again today.

Neha's heart looked at each other Then

- The rider can't see Meherab with his eyes. Then all of a sudden today.

-Yes. Well, the rider will not do anything to Meherab.

- You know him Don't think twice about killing someone.

- Yes, he is with me. No one at the varsity could see him. So how did everyone change so much these days.

- There is a mystery.

- I will not leave the person who will insult Meherab, whether it is a secret or not.

The car came quite a distance. Meherab sits a little away from the car door

- Look, I won't say anything about you. Please don't hit me. I will leave varsity.

- Why are you so scared? I won't do anything to you.

-Look, I'm telling you I'll leave this city and never come back.

- Mehrab, but this time I will be angry. I want to talk to you privately. Don't be afraid

The car came to a stop on the river bank. He got out of the car, lowered Meherab, went to the river bank and sat on the bench. Mehrab stands beside him. The rider looked at the arch

-Sit down. Why are you standing?

Mehrab panics. I wonder if he will throw me in the river this time.

The rider looked at Meherab with an angry look

- I'm telling you to sit down Silent boss here.

Mehrab gets scared. Sit at a distance next to the rider. The rider is now smiling

- This is my favorite place. It's nice to be here. But I live alone. But you know why I'm bringing you today.

Mehrab looked at the rider's face. Meherab is having trouble recognizing the rider. There are many differences between the previous rider and the current rider. Mehrab had nothing like the violence inside the car that day. The rider blew the trumpet in front of Meherab's face

- I misunderstood you and wanted to kill you. You're a really good boy You have nothing but how much you have done for people. I wanted to kill you without knowing it. He has to hate himself for it. Have you really forgiven me

As soon as Meherab returned to the rider, his eyes widened The rider was knocked off the bench