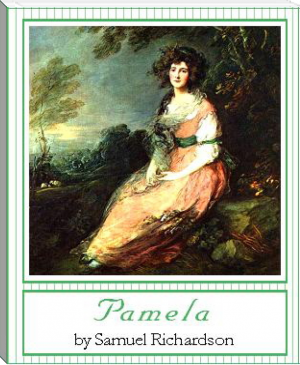 Pamela, or Virtue Rewarded is an epistolary novel by Samuel Richardson. It tells the story of a beautiful 15-year old maidservant named Pamela Andrews, whose country landowner master, Mr. B, makes unwanted advances towards her after the death of his mother, whose maid Pamela had been since age 12. Mr. B is infatuated with her, first by her looks and then her innocence and intelligence, but his high rank hinders him from proposing marriage. He abducts her, locks her up in one of his estates, and attempts to seduce and rape her. She rejects him continually, but starts to realise that she is falling in love with him. He intercepts her letters to her parents; reading them, he becomes even more enamored by her innocence, intelligence, and continuous escape attempts. Her virtue is eventually rewarded when he sincerely proposes an equitable marriage to her. In the novel's second part, Pamela attempts to build a successful relationship with him and to acclimatise to upper class society. The story, a best-seller of its time, was very widely read but criticised for its perceived licentiousness.