Lives Of The Poets 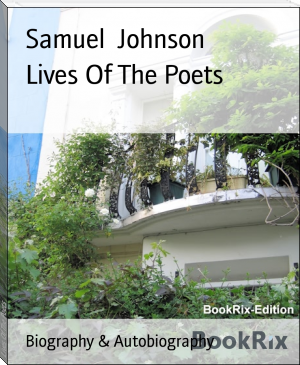 Samuel Johnson (18 September 1709 [O.S. 7 September] – 13 December 1784), often referred to as Dr Johnson, was an English writer who made lasting contributions to English literature as a poet, essayist, moralist, literary critic, biographer, editor and lexicographer. Johnson was a devout Anglican and committed Tory, and has been described as "arguably the most distinguished man of letters in English history."[1] He is also the subject of "the most famous single work of biographical art in the whole of literature": James Boswell's Life of Samuel Johnson.