Why Does He Have To Be My Mate?? 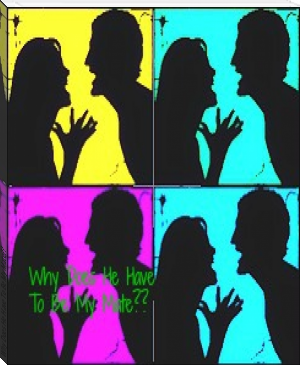 Nikki is suddenly told by her parents that she's a werewolf and that she has to marry someone she doesn't even know. Finally resigned to her fate she goes out on one last night of clubbing ,where she meets a mysterious handsome stranger named Luke. She looses herself in his kisses, but doesn't give up so easily. Find out how much balls a female can really have.

write more please or the yette will find you

When are u going to update

Yeah sure I just have to get some reading and editing done!

Please write more I. Want to no whats happening next

Ok I will soon!