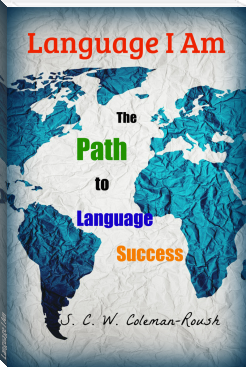 Hello, my name is Stephen and I am a linguist. Some say that we are born into our vocation while others say that it is something developed over time. In the case of language acquisition, both are true. We are all inherently language learners being a highly adaptable and intuitive social species. Language will and always has taken on new and exciting forms that continuously change and adapt to new environments. Some languages die, while others flourish and change into something new. Each language has its own rhythm, its own method of thought, and its own fundamental values. In a sense, Language is everything, language is life.

I have studied languages ever since I was in homeschool before 5th grade. My mother taught me to read, write, and speak Latin, Greek, and Hebrew. I read Beowulf in old English as a child. While I can remember almost nothing of these languages, the dedication instilled in me has carried on. I studied at the Defense Language Institute in Monterey, CA. I learned and collaborated among thousands of people in my field. I learned that everyone is an individual and we all are interested by different languages. Not everyone, however, is interested in what is commonly thought of as language. The oral, visual, and auditory skills of communication are possessed by all but a passion of few. If your language is in a vocation such as science, medicine, or something else then you are probably not interested in the textbook definition of language studies. Instead, such people focus on a different sort of language acquisition and study. If you see other languages, foreign to you, as a novelty then this book is not for you. I will not be sharing my knowledge of language acquisition in areas of vocations, often referred to as jargon, but will instead be imparting my skill in the auditory, visual, and spoken word. Please take my words with a grain of salt. Do not believe everything you’re told but instead study for yourself. Give into your creative individuality and search out your own answers. All advice is free, but time is finite. I hope that you enjoy this book.