An Outline of the Relations between England and Scotland (500-1707) 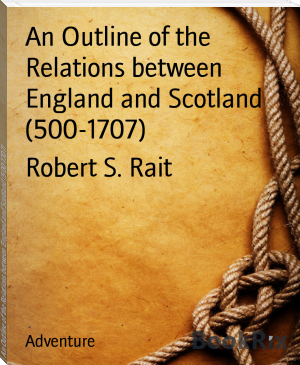 Sir Robert Sangster Rait, CBE, DL (1874–1936) was a Scottish historian, Historiographer Royal and Principal of the University of Glasgow. Rait was born on 10 February 1874 in Narborough, Leicestershire, although the family moved shortly afterwards to Aberdeen. He was educated at the University of Aberdeen, graduating MA in 1894. He then worked briefly as an assistant to the Professor of Logic at the University, publishing his first book, Universities of Aberdeen: A History, in 1895, before being elected to an Exhibition in Modern History at New College, Oxford in 1896.

This guys a saiyan

I'm proud of her that at least she can admit of knowing and not doing anything about it. I don't know what she could have done, and she must have felt the same at the time.