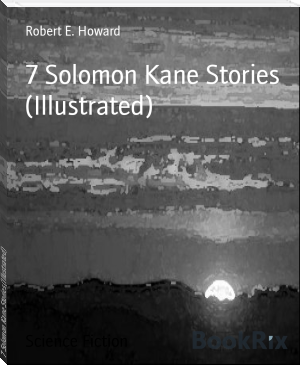 Solomon Kane the Puritan wanders the world fighting evil where he finds. A classic from the creator of Conan.

Solomon Kane is a fictional character created by the pulp-era writer Robert E. Howard. A late 16th/early 17th century Puritan, Solomon Kane is a somber-looking man who wanders the world with no apparent goal other than to vanquish evil in all its forms. His adventures, published mostly in the pulp magazine Weird Tales, often take him from Europe to the jungles of Africa and back.
Howard described him as a sombre and gloomy man of pale face and cold eyes, all of it shadowed by a slouch hat. He is dressed entirely in black and his weaponry usually consists of a rapier, a dirk, and a brace of flintlock pistols. During one of his latter adventures his friend N'Longa, an African shaman, gave him a juju staff that served as a protection against evil, but could easily be wielded as an effective weapon. It is revealed in another story, "The Footfalls Within", that this is the mythical Staff of Solomon, a talisman older than the Earth and unimaginably powerful, much more so than even N'Longa knew. In the same adventure with N'Longa, Kane is seen using a musket as well.