Free and Impartial Thoughts,on the Sovereignty of God, The Doctrines of Election, Reprobation, and Original Sin: Humbly 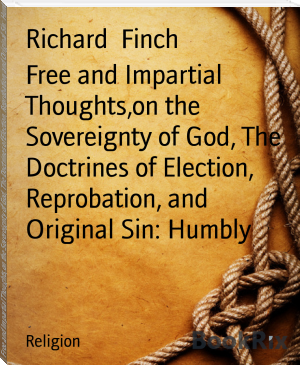 Richard Finch was a merchant in London and a Quaker. In 1746, he wrote a pamphlet entitled The Nature and Duty of Self-Defence: Addressed to the People called Quakers, which argued against Quaker beliefs on pacifism. His opposition to pacifism takes the form of two arguments, one theological and the other not. The theological argument is that man has a right to self-defence which was not abolished by Jesus in the gospels. The second argument draws an analogy between defending against an external aggressor and the right for a government to defend against a civil rebellion or a criminal.[1]