A Letter To The Society for the Suppression of Vice, on their Malignant Efforts to Prevent a Free Enquiry After 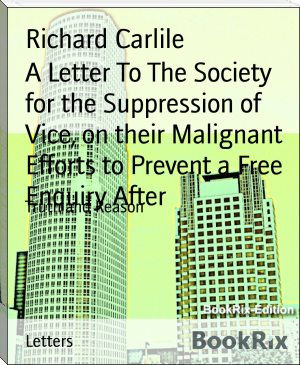 Richard Carlile (8 December 1790 – 10 February 1843) was an important agitator for the establishment of universal suffrage and freedom of the press in the United Kingdom.[1] He was born in Ashburton, Devon, the son of a shoemaker who died in 1794 leaving Richard's mother struggling to support her three children on the income from running a small shop. At the age of six he went for free education to the local Church of England school,

Love that lady Candice! Man that would've been cool to see you guys there. Hashtag annual pass holders . I love D-Land!