A Frog He Would A-Wooing Go 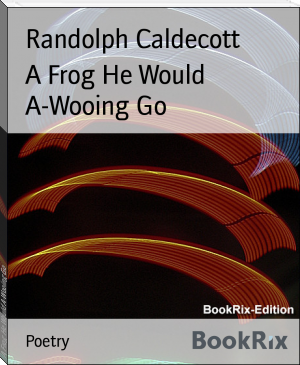 Randolph Caldecott (/ˈkɔːldəˌkɑːt/;[1] 22 March 1846 – 12 February 1886) was a British artist and illustrator, born in Chester. The Caldecott Medal was named in his honour. He exercised his art chiefly in book illustrations. His abilities as an artist were promptly and generously recognised by the Royal Academy. Caldecott greatly influenced illustration of children's books during the nineteenth century. Two books illustrated by him, priced at a shilling each, were published every Christmas for eight years.