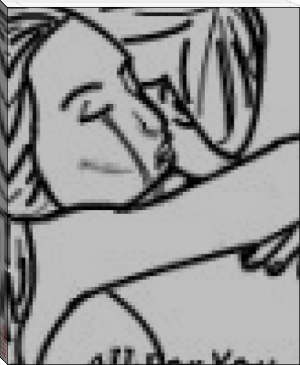 Renee, a teenage vampiress, was tossed aside. Forbidden, by her blood mother, to stray from the ancient laws. She feared death even though for her life was already over. For a year, Renee, was at her trainers leash until one day she discovered the peace they had been "keeping" was actually a lie. The peace was sending others to kill humans, rogue vampires, witches, and werewolves.

But with the help of a few others, Renee began the Rebellion. With the species Renee had been trained to kill and destroy the rebellion flourished. It was home to any rejects from the other high powers. Renee was discovered, by her blood mother, as the leader. Renee was captured and taken away.

After a year in captivity, Renee was pumped with drugs. The drugs forced her to forget all memories after she had became a rebel and all thoughts before were locked away in her mind. Even when she could recover them, they were foggy and had to relive.

Kayla had succeeded in changing Renee's thoughts ut Kayla didn't foresee one final aspect, the thoughts of Renee's Rebellion. It was only a matter of time before they would recover her. Without worry, Kayla sent Renee back to her home in Ogden, Utah.

Can Renee regain her memory? Will Ivy, and the Rebellion make her see her past and future? When given the opportunity to become human, by Dr. Vensle, will she leave her vampiric life? Will Renee choose her newly found freedom or give it all way for a human?

i love this book! but it got me thinking...is there another book to follow?

Can't wait for the next one :)

Thank you for reading it. I will post the next one in a month or two. :D