The Ocean And Its Wonders 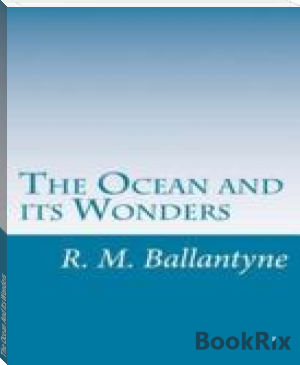 Robert Michael Ballantyne was born in Edinburgh on 24 April 1825, the ninth of ten children and the youngest son, to Alexander Thomson Ballantyne (1776–1847) and his wife Anne (1786–1855). Alexander was a newspaper editor and printer, and Robert's uncle James Ballantyne (1772–1833) was the printer for Scottish author Sir Walter Scott.[2] A UK-wide banking crisis in 1825 resulted in the collapse of the Ballantyne printing business the following year with debts of £130,000,[3] which led to a decline in the family's fortunes.[2]

Robert went to Canada aged 16, and spent five years working for the Hudson's Bay Company. He traded with the local Native Americans for furs, which required him to travel by canoe and sleigh to the areas occupied by the modern-day provinces of Manitoba, Ontario, and Quebec, experiences that formed the basis of his novel Snowflakes and Sunbeams (1856).[2]

His longing for family and home impressed him to start writing letters to his mother. Ballantyne recalled in his autobiographical Personal Reminiscences in Book Making (1893) that "To this long-letter writing I attribute whatever small amount of facility in composition I may have acquired."[4]