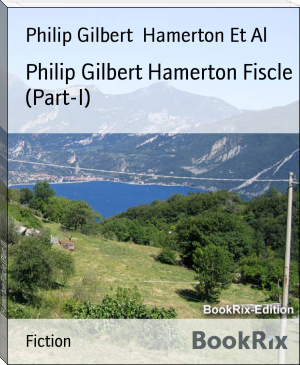 HAMERTON, PHILIP GILBERT (1834-1894), artist and essayist, was born on 10 Sept. 1834 at Laneside, Shaw, near Oldham in Lancashire. His grandfather, Gilbert Hamerton, was the second son of an old Lancashire family. His father, John Hamerton, a solicitor, married in 1833 Anne, the orphan daughter of Philip Cocker, a cotton manufacturer. She survived his birth only a few days, and the boy was brought up by his aunts at Burnley, and afterwards educated at Burnley and Doncaster grammar schools. His father, to whom he owed nothing but existence, died in January 1844. After the completion of his school education Hamerton was placed with a clergyman, 'with whom I had not two ideas in common,' to be prepared for Oxford. This scheme came to an end from the youth's distaste for the subjects of academical study, combined with reluctance to sign the thirty-nine articles. Being possessed of independent means, he was able to gratify both his leading tastes by 'deciding to try to be a painter and to try to be an author, and seeing what came of both attempts.' In the meantime he accepted a commission in the militia, and travelled and painted in Scotland. In 1853 he came to London, and studied under a clever but not highly cultured artist named Pettitt, who carried on painting as 'a high-class industry