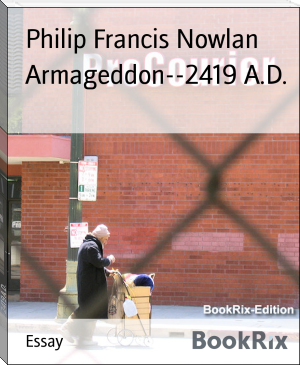 While attending the University of Pennsylvania, Nowlan was a member of The Mask and Wig Club, holding significant roles in the annual productions between 1907 and 1909. After graduating from the University of Pennsylvania he worked as a newspaper columnist. He married, moved to the Philadelphia suburb of Bala Cynwyd and created and wrote the Buck Rogers comic strip, illustrated by Dick Calkins. He remained a writer on the strip until 1939. The character Buck Rogers first appeared in Nowlan's 1928 novella Armageddon 2419 A.D. as Anthony Rogers.