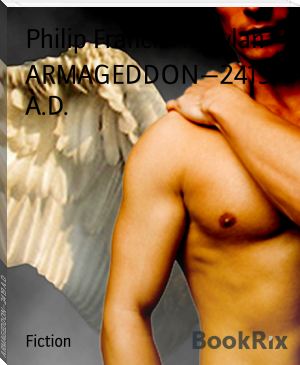 While attending the University of Pennsylvania, Nowlan was a member of The Mask and Wig Club, holding significant roles in the annual productions between 1907 and 1909. After graduating from the University of Pennsylvania he worked as a newspaper columnist. He married, moved to the Philadelphia suburb of Bala Cynwyd and created and wrote the Buck Rogers comic strip, illustrated by Dick Calkins. He remained a writer on the strip until 1939. The character Buck Rogers first appeared in Nowlan's 1928 novella Armageddon 2419 A.D. as Anthony Rogers. The comic strip ran for over forty years and spun off a radio series, a 1939 movie serial, and two television series.