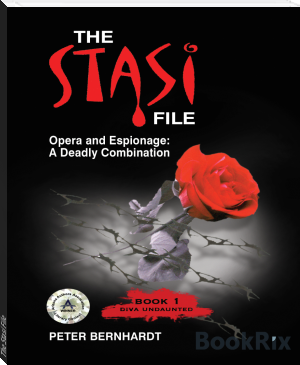 Dust from the demolished Berlin Wall has barely settled, the East German police state is teetering on the edge of collapse, and Stasi General HOLGER FRANTZ will stop at nothing to save it. Caught in his intrigue are two unlikely heroes: American lawyer ROLF KELLER, recently divorced, fresh off the bottle, and mysteriously dispatched by his senior law partner to coordinate document drops by a defecting Stasi agent, and aspiring opera diva SYLVIA MAZZONI, Rolf's former lover who has been coerced into acting as courier.

After the scheme goes fatally awry, the reluctant recruits uncover an assassination plot designed to thwart the unification of East and West Germany. In the crosshairs of rival intelligence services and with a professional Stasi killer hot on their heels, Sylvia and Rolf resist the urge to run for their lives, and risk everything to stop the assassins.