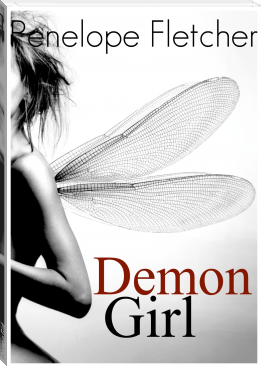 Rae Wilder has problems. Supernatural creatures swarm the earth, and humanity is on the brink of extinction. Stalked by a handsome fairy who claims she is like him, demonkind, Rae thinks maybe it was a mistake breaking the rules by going over the Wall into demon territory. Plunged into a world of dark magics, fierce creatures, and ritual sacrifice, she is charged with a guarding a magical amulet. The changes to her mind and body are startling, but rather than accept her purpose she struggles against who she is destined to be. Throw in a big lust for a vampire who can't keep his hands off her, and life starts to get complicated. Rae is forced to make the ultimate choice: to live and die human, or embrace her birth-right and wield magics that could turn her into something wicked, a force of nature nothing can control.

i would be delighted to read your books but I'm not able to read them because of the minimized font... i was wondering if you would be able to magnify the font and let me know. thank you

A world with no hunger, no disease, no war, no misery. Humanity has conquered all those things, and has even conquered death. Now scythes are the only ones who can end life—and they are commanded to do so, in order to keep the size of the population under control.
Read this and you will be amazed: https://myfreekindle.blogspot.com/2017/09/scythe-by-neal-shusterman.html

I really really want to read this book, but the writing is so tiny i can not love the description though. Please magnify the pages!!

The writing is very tiny, but love the description. Can't wait to read it ! :D

I am so hooked to this book! I haven't been able to put it down since I started it. Great job with the writing.

its good pratically no mistakes !

This was such an amazing book. It just kept me turning the pages. So much excitement, sorrow, and mind boggling thing to read as you go along. You have such a wonderful talent. Keep writing and never stop!