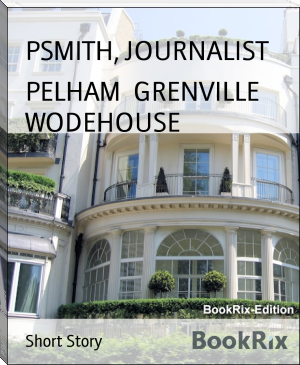 Sir Pelham Grenville Wodehouse, KBE (/ˈwʊdhaʊs/; 15 October 1881 – 14 February 1975) was an English humorist whose body of work includes novels, short stories, plays, humorous verses, poems, song lyrics, and magazine articles. He enjoyed enormous popular success during a career that lasted more than seventy years, and his many writings continue to be widely read. A quintessential Englishman, born during the Victorian era and living his early youth in Edwardian London, he also resided in France and the United States for extended periods during his long life. His writing reflects this rich background, with stories set in England, France, and the United States, particularly, New York City and Hollywood.

An acknowledged master of English prose, Wodehouse has been admired both by contemporaries such as Hilaire Belloc, Evelyn Waugh and Rudyard Kipling and by recent writers such as Christopher Hitchens, Stephen Fry,[1] Douglas Adams,[2] J. K. Rowling,[3] and John Le Carré.[4]

Perhaps best known today for the Jeeves and Blandings Castle novels and short stories, Wodehouse was also a playwright and lyricist who was part author and writer of 15 plays and of 250 lyrics for some 30 musical comedies, many of them produced in collaboration with Jerome Kern and Guy Bolton. He worked with Cole Porter on the musical Anything Goes (1934), wrote the lyrics for the hit song "Bill" in Kern's Show Boat (1927), wrote lyrics to Sigmund Romberg's music for the Gershwin – Romberg musical Rosalie (1928) and collaborated with Rudolf Friml on a musical version of The Three Musketeers (1928). He is in the Songwriters Hall of Fame.[5]

Wodehouse spent the last decades of his life in the United States, becoming an American citizen in 1955, after a controversy arose relating to five radio broadcasts he made from Germany during World War II. He had been imprisoned by the Germans in a civil internment camp for a year, and speculation regarding his motives led to allegations that the broadcasts were the result of collaboration and treason. Some libraries banned his books. An MI5 investigation cleared him of any such crimes, but he never returned to England.