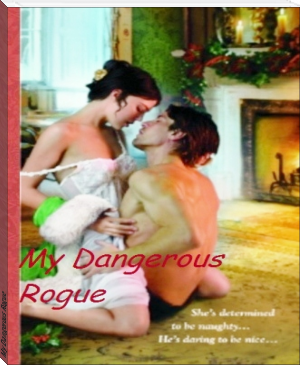 Loretta Chase, the Viscountess of Wales, is a smart and sophisticated female of the ton and a member of the Sapphire Roses Club. She had grown up in a family where manners are important. She cannot have a say on anything because indeed her mother and father will be the one who will make the decision for her. If they say she will marry Lord Frinchester, then she has to. But one thing they do not know, she had created a plan that can be able to help her not to marry Lord Frinchester. She’ll seduce Richard O’Conner, the Earl of Kent.

Richard O’Conner is a rogue all the way. He obtains everything he wants, from innocent ladies, to their beds. It is rather hard to not fall in love with the rogue. He is handsome and dashing, given the power to seduce any woman. But Loretta knows she just has to keep her feelings closed and unaffected, even if the rogue sends electric signals through her body with just his voice and touch.

No choice but to be his partner in the disappearance of her friend’s daughter, the passion she had sworn not to feel has been consuming her slowly. With a hazardous criminal on the loose and after them, Loretta and Richard races time to find the answer to the kidnapping of the girl. Lies lurk each corner, truth is very well hidden, and surely the time is running out for the girl. It seemed their thirst for each other is the only truth in their journey. With scandal in the ton, lives in danger, it seems that not falling in love with the dangerous rogue is the most difficult thing she has ever done.

Hope you finish the story one day

I loved this book however disappointed that after 4 years of being published readers have just been left on the lurch. As a hopeless romantic I would have loved to see Loretta & Richard's happy ending :( :( - judging by the time that has passed I doubt Paula will be finishing this story

Please tell me you haven't abandoned the idea of continuing??? It would be a shame!! This is an amazing storyline so please continue??

I really do hope you update this book soon its so good !

Where is the rest of it? Come on, Ms. Wong, we need more. Pleeeeeze!