A Chance With You

Lives caught in the hands of fate where two bodies crave for escape. Emotions of searing passion, will they find it in each other’s arms? Von: Paula Camille Wong 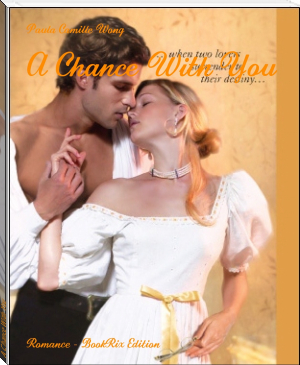 Lady Jane Andres Parker is a polite and beautiful woman. She craved for escape. Even for just one night. So her closest companions arranged for her to attend a ball. And she was glad to accept. But when she arrived, it seemed that the idea of being shackled at home was much promising than attending.
William De'Lacour, now the Duke of Bakewell, has been fighting in the war for the last nine years. It changed him entirely. And now he had come back to claim the title that is rightfully his. But he did not intend to come across her, a beautiful siren in a masquerade ball. Little did he know that the woman he had fallen for was none other than his childhood friend.
Lives caught in the hands of fate where two bodies crave for escape. Emotions of searing passion, will they find it in each other’s arms?

I loved every part of this book including the cover!!

Are u ever going to update this book.

I absolutely love it ! I hope u update abd continue the book !

OMG I LOVED IT! i hope you update soon!

this book was great but can't wait to finish it

ready for you to write more..