A Plague of Hearts

The truth behind Alice's trip to Wonderland. Von: Patrick Whittaker 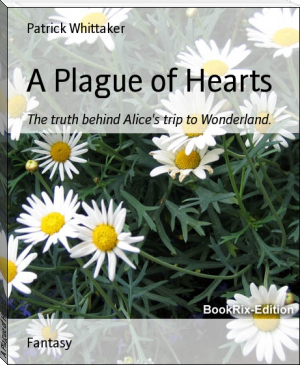 On an otherwise normal day in Wonderland, the Knave of Hearts is arrested by the secret police. Outraged by what he believes to be an injustice, his valet, the March Hare, sets out to free him. Along the way he attends a mad tea party, witnesses the death and resurrection of the Queen of Hearts and uncovers a terrifying secret that could destroy not only his world, but ours too.

Not to be overreacting but you're book is totally awesome. You're innate writing skill is what the world should witness. Try joining NovelStar's writing competition because why not?