Notes on Philippine Birds Collected by Governor W. Cameron Forbes Bulletin of the Museum of Comparative Zoology at Harva 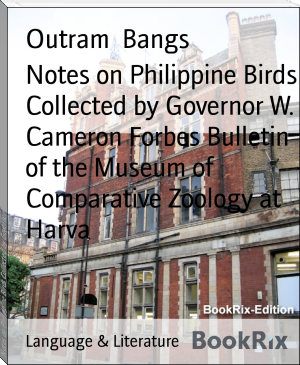 Bangs was born in Watertown, Massachusetts as the second son of Edward and Annie Outram (Hodgkinson) Bangs. He studied at Harvard from 1880 to 1884, and became Curator of Mammals at the Harvard Museum of Comparative Zoology in 1900. He died at his summer home at Wareham, Massachusetts.