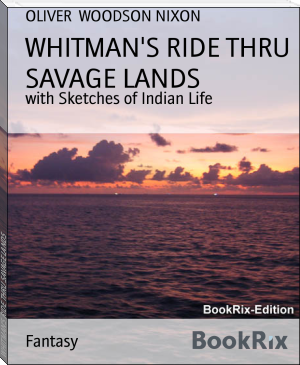 I respond with pleasure to the invitation to write a series of
sketches of pioneer missionary history of early Oregon for young
people. Its romantic beginnings, of the Indian's demand for "the
white man's book of heaven," and especially to mark the heroic act of
one who, in obedience to a power higher than man, made the most
perilous journey through savage lands recorded in history. The same
leading facts of history I have before used in my larger work, "How
Marcus Whitman Saved Oregon." In this I have simplified the story by
omitting all discussions with critics and historians, stated only as
much of historic conditions as would make clear the surroundings, and
have interwoven with all, real incidents from wilderness and savage
life. They are not only the experiences of the heroic characters, but
some of my own when the West was wild more than a half a century
ago.