The War on the Border Von: Oliver Optic 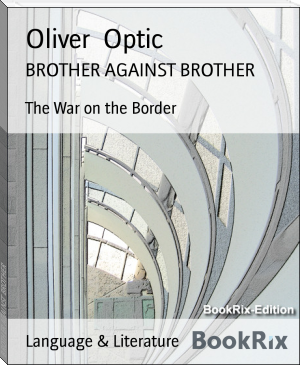 William Taylor Adams (July 30, 1822 – March 27, 1897), pseudonym Oliver Optic, was a noted academic, author, and a member of the Massachusetts House of Representatives.
Adams became a teacher in the Lower Road School in Dorchester, Massachusetts in 1843,[7] he resigned from his position as master of the school in 1846 in order to assist his father and brother in the management of their new hotel in Boston, their Adams House hotel.[8] Adams decided that he preferred teaching so in 1848 he returned to teaching this time at the Boylston School in Boston,[8] in 1860 Adams was promoted to the position of master of the Boylston School.[8] When the Bowditch School was founded Adams transferred to that school as its master, a position he held until he resigned from teaching in 1865.[8] This experience naturally brought him closely into contact with boys, and he learned much of what interested them, which had a good deal to do with his eventual success as an author. Extensive travel abroad and a deep knowledge of boats, farming, and practical mechanics were other factors that gave his works reality.