The Boy and The Man 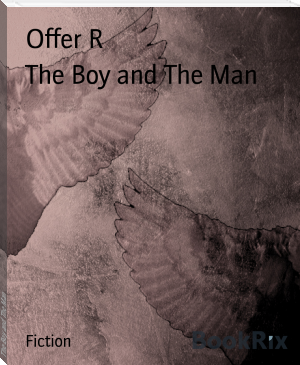 A poor boy on an errand to deliver tools to his carpenter father has a violent encounter in the woods. With a pinch of courage and a stroke of luck he comes out ahead, but the story of his journey grows quickly, first as told by him to his mother and then through his gossipy neighbors. The boy witnesses the distortions of the truth but plays along to his great delight.

The story becomes a legend, and soon the boy is invited to meet the prince in the palace. A show of courage is in the planning, but like our boy, the prince is no hero. He confesses to the boy and pleads for his assistance. Our boy seizes the opportunity and the two become close friends.

The boy finds his place in the palace and grows as the prince's brother. Eventually they're both enlisted to the King's Guard. Love isn't long to follow in the form of the enchanting Aphrodite. But we haven't forgotten that the boy's past is riddled with secrets and lies, and in order to maintain his place in the palace he must build upon them with more lies. This is also true when the King's Guard encounters a superior army. Through his cunning ability the boy succeeds to bring about victory.

The boy's lies catch up to him eventually. He escapes and returns years later after no one knows what's become of him. But who is the man that returns, and will he be there to come to the rescue of the imperiled prince? At what cost?